I hope you enjoyed your holidays. Here's wishing for a better 2021!! 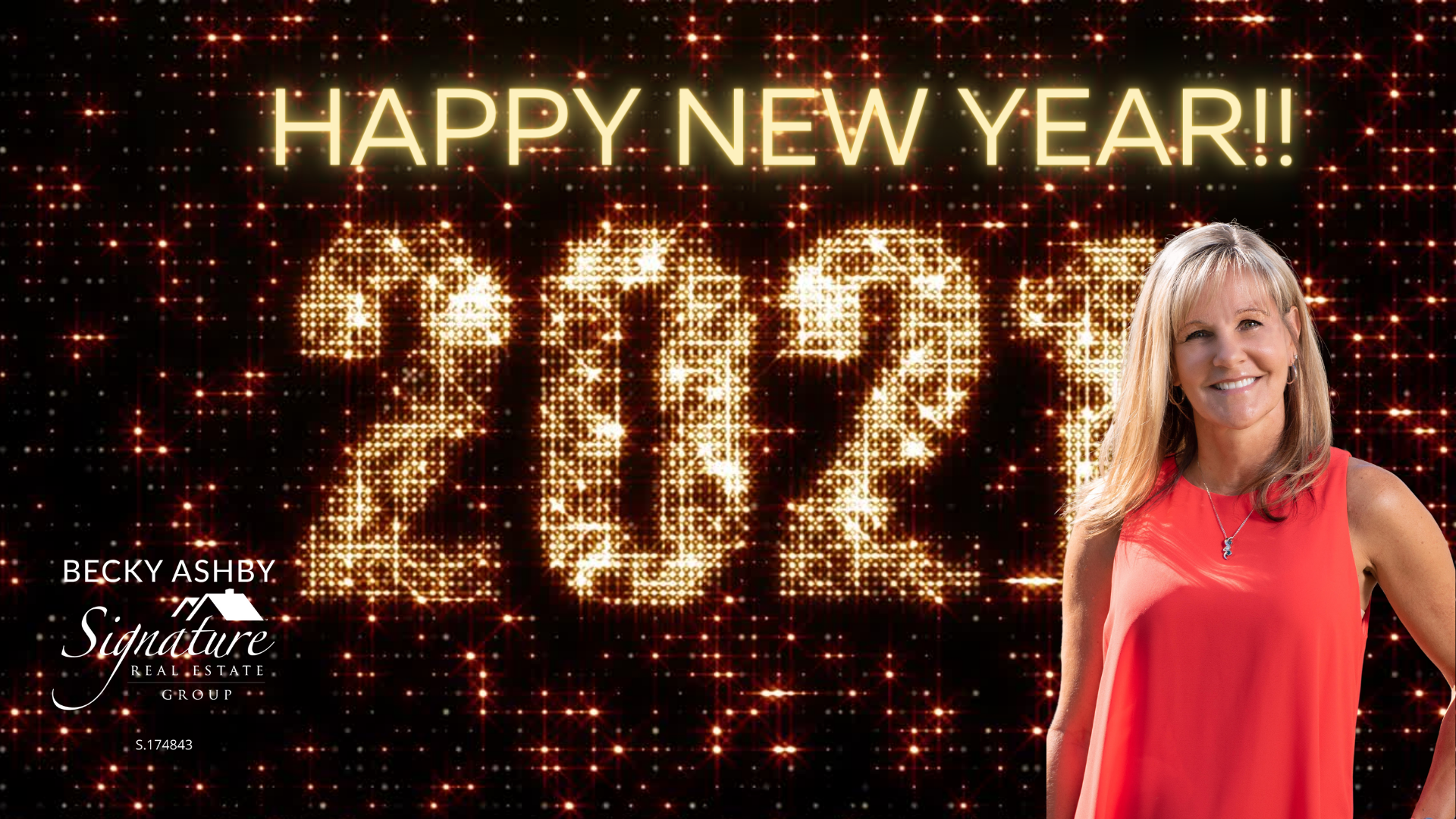 Posted in Neighborhood spotlight
no comments yet 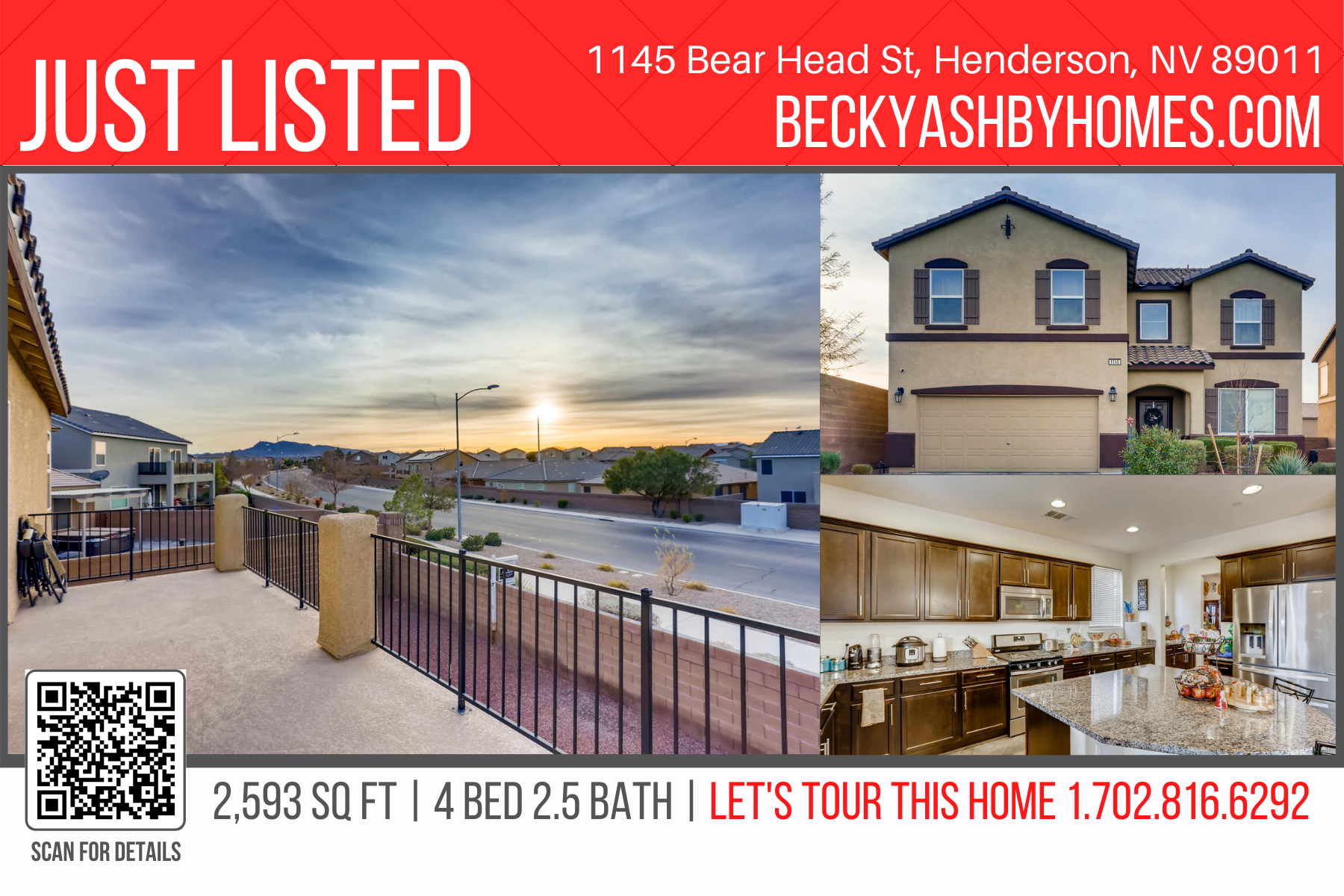 This home is now Sold!! 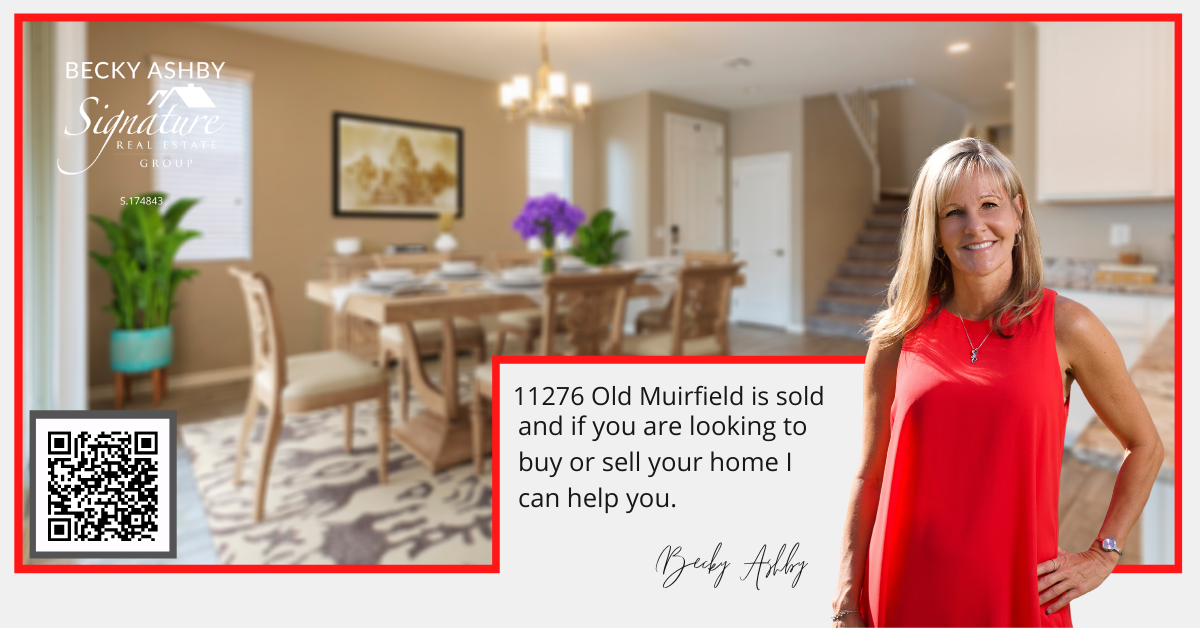 How to buy a home in 5 steps

Posted in News
no comments yet

Posted in Neighborhood spotlight
no comments yet

Posted in News
no comments yet

All Americans have an interest in living in safe communities, and the crime rate in a locale is an important determinant in everything from rent prices to individual decisions to live in and move to a community. Additionally, knowing which neighborhoods are safe is an important variable for small business owners when deciding where to start and expand a business. AdvisorSmith studied crime data from a federal database to determine the safest cities in the United States by city size.

In this study, we used the most recently available data from the FBI, released in September 2019, which includes crimes committed during calendar year 2018. Crimes considered in this report include violent crimes such as robbery, assault, rape, and murder, as well as property crimes including burglary, larceny, and motor vehicle theft. We created a proprietary crime score, which weights different types of crimes based upon the severity of the crime, with violent crimes weighted more highly.

Below are links to the safest small, midsize, and large cities:

What are the safest U.S. cities?

Broadview Heights, Ohio was the safest small city in the United States. This small and affluent suburb of Cleveland with a population of roughly 19,000 had very little crime and also boasts excellent public schools. Among the top 20 small cities, four were in Ohio, five were in New York, and five were in New Jersey.

Cary, North Carolina was the safest midsize city in the United States. Cary is part of the Research Triangle metropolitan area along with Raleigh and Durham, and the city has a high-income, highly educated population. Of the top ten midsize cities, five were in California, and three were in New Jersey.

The safest large city in the United States in our study was Virginia Beach, Virginia. This mostly suburban coastal city has the world’s longest pleasure beach, which contributes to the city’s tourism economy. Four of the safest large cities in the top ten were cities in California. 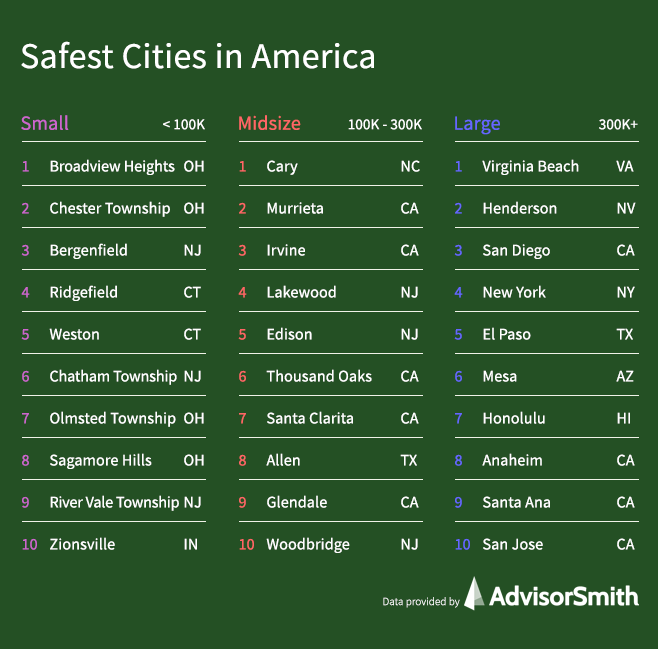 This study on the safest cities in the United States was conducted based upon data provided by the Federal Bureau of Investigation’s Uniform Crime Reporting Data Set from Return A. This data set contains crime reports from cities, counties, metropolitan statistical areas, and other jurisdictions around the country. Specifically, monthly crime data for violent crimes such as murder, rape, robbery, and assault, and property crimes such as burglary, larceny, and motor vehicle theft are provided for each jurisdiction in the data set.

Our study focused on the crime rate in cities around the country. We used a definition of city as legally incorporated municipalities. This definition differs somewhat from how many people think about cities such as contiguous metropolitan areas. However, since crime tends to be a local or hyper-local issue, providing data at a municipal level provides important granularity to understand the distribution of crime.

Data from the data set was provided on a monthly basis. In order to ensure accuracy of results, we excluded cities where only six months or less of data was available. For cities that provided at least six months of data but less than 12 months of data, we scaled up the months reported to a proportional amount of crime for the entire year.

Our study tabulated the violent and property crimes per 1,000 residents per year for publication. We also created a proprietary crime score that was based upon applying a multiplier to more serious forms of crime such as murder, rape, robbery, and aggravated assault. These crimes were added to simple assault and property crimes to form a crime score for each city, with a lower score indicating that a city experiences less crime. We then ranked the cities based upon their crime scores to determine the safest cities in the United States.